Hongxia Niu1, Tao Hou This email address is being protected from spambots. You need JavaScript enabled to view it.1, and Yu Chen1

Copyright The Author(s). This is an open access article distributed under the terms of the Creative Commons Attribution License (CC BY 4.0), which permits unrestricted use, distribution, and reproduction in any medium, provided the original author and source are cited.

Research On Real-time Detection Algorithm Of Rail-surface Defects Based On Improved YOLOXVolume 26, Issue 6

A Combined Method For Determining The Contributing Factors To Chemical Spills In Port Areas During Maritime Dangerous Cargo TransportVolume 26, Issue 6 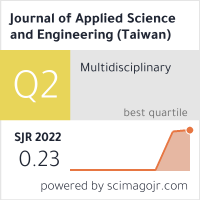