Jiahai Liu This email address is being protected from spambots. You need JavaScript enabled to view it.1,2, Dingyong Yu1 , Gang Chen3 , Linhai Lu2 and Wei Zhang4

Thin-walled U-shaped beam is widely used in the construction of urban rail viaduct, but finite element analytic theory and experimental study has lagged behind. The finite element calculation indicate that deflection caused by static load and live load is 9.17 mm. The ratio of deflection to span is 1/3271. The state of mid-span section is longitudinal compressive pre-stress. The transverse drawing stress is more than ultimate tensile strength of C55 concrete, reinforcement ratio or section size of transverse reinforcement should be appropriately increased. The static load test shows that the deflection of mid-span section caused by static live load is 7.22 mm. The ratio of deflection to span is 1/4141. Minimum compressive stress of mid-span section is 2.82 MPa. Deflection and stress under various loading case are less than the calculated value of finite element analysis. Obvious crack of U-shaped beam is not founded. Load test shows that U-shaped beam has greater safety reserves compared to design value.

Development and Evaluation of A Torsional Mechanical OscillatorVolume 24, Issue 4 (in Press)

Biological Removal of High Concentration of Hydrogen Sulfide at Low Temperature in a Compost-Based BiofilterVolume 24, Issue 4 (in Press)

Simple Fabrication of Paper-like Graphene Oxide for use as Saturable Absorber in Q-switching of Fiber LaserVolume 24, Issue 4 (in Press)

Systematic method for selection of motor-reducer units to power a lower-body robotic exoskeletonVolume 24, Issue 4 (in Press) 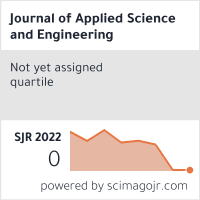